Beyond soft power: The stakes and configurations of the influence of contemporary Turkey in the world 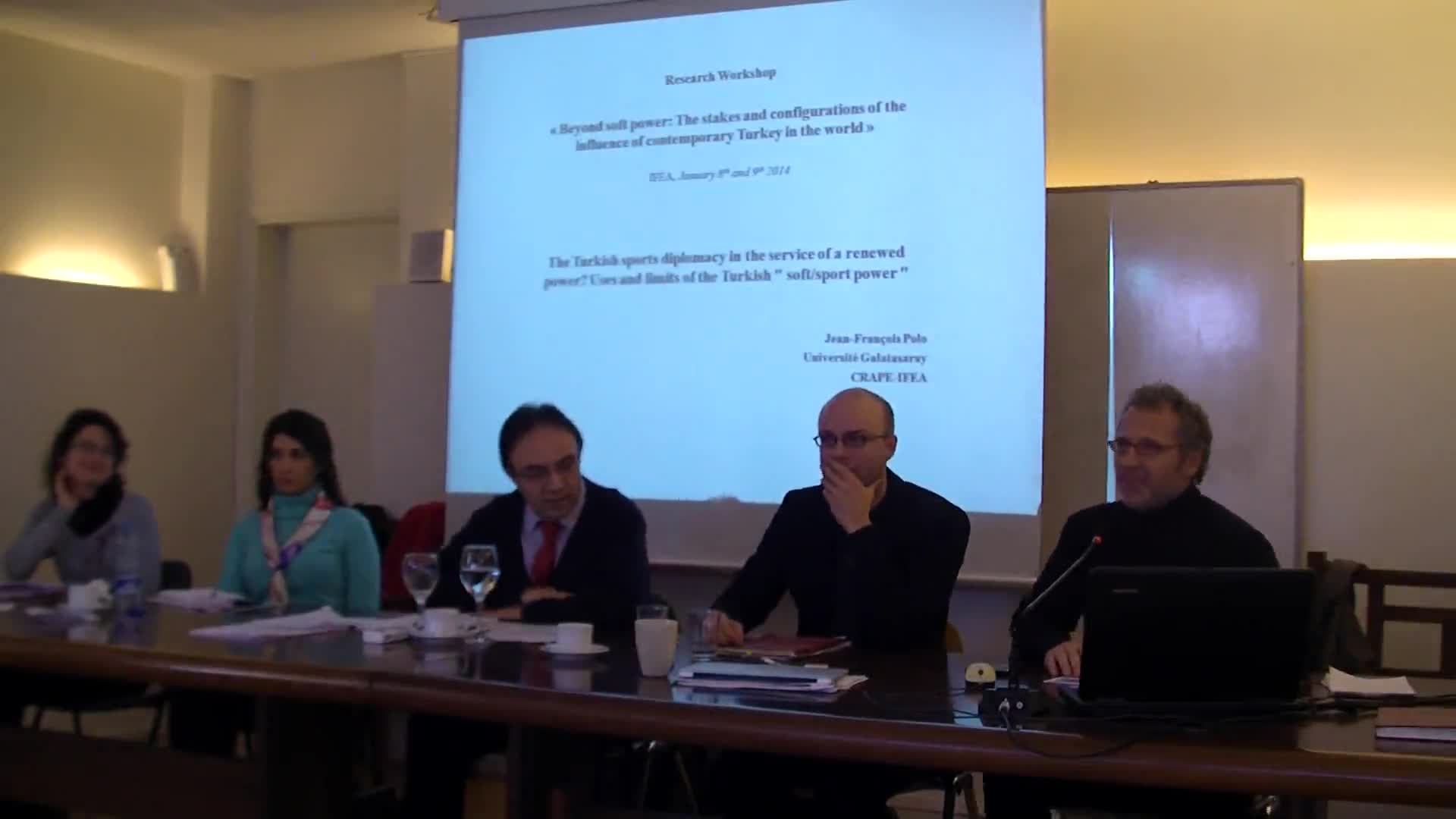 This project consists in the organization of 3 half-day research workshops on the theme of Turkish political and cultural influence in the world at the French Institute for Anatolian Studies (IFEA) in January 2014. The language used will be English.

Today Turkey differentiates itself by its growing diplomatic and cultural influence. This influence, even if it is not comparable with that of China or the USA, has been expanding for several decades in the Balkans, the Middle East, Central Asia, even in Africa and is also noticeable in Ankara’s involvement in international organizations. This increasing influence has been highlighted by the Arab Spring, which has created an environment conducive to the idealization of Turkey’s model of governance (the « Turkish model ») and to its promotion by Western powers. Turkey’s attractiveness is also based on its substantial economic development contrasting with the economic crisis European countries are suffering from, and on its increasing cultural presence in the media (notably through the broadcasting of TV shows outside Turkey), especially in neighboring countries who share cultural affinities with Turkey. However, this influence used by Ankara within the framework of a self-promoting discourse has started to be questioned in the past few months due to both regional and domestic developments. Indeed, the degradation of the situation in Syria and in Iraq has limited the influence of Ankara on neighboring actors while the Gezi park demonstrations and its repression are casting doubts on Turkey’s ability to be a source of inspiration for the region.

How can analytical tools help us characterize today’s Turkey’s influence and its limits? The concept of “soft power” created by Joseph Nye in 1990 was an attempt to theorize mechanisms and conditions of this kind of influence, contesting the idea that war was the only source of power of the nation-states. It was highlighting the use by states of non- coercive means in conflict resolution, in decision-making in the international sphere, or in order to gain economical attractiveness. This concept was widely used in academic research, media, and in the public sphere. Yet, this concept received several types of criticism among which two can be emphasized concerning our case study. Firstly, the core of the concept of “soft power” mainly focuses on the role of the State, in particular because the theory, at the time it was created, applied to the USA. Thus the State is considered as the main actor and beneficiary from such an influence, and makes “soft power” dependent on the ability of the State to use diverse tools in order to expand its influence. This state-centered perspective, in which the State remains the only instigator of the interest of the country, has been strongly criticized. Such an analysis denies both the role and the capacity of private initiative and transnational dynamics to influence international relations. The second criticism addressed to the concept of soft power concerns the consequences of its success: the term “soft power” is now used to characterize tools, practices, or groups of actors through multi or antagonistic meanings. Therefore its interest as a concept would be undermined by its own polysemy.

The methodological and analytical consequences we could draw from these statements are that such uses of the concept of “soft power” tend to maintain and create shortcuts where the limits between concept and ideology become blurred, where the labelization of a dynamic as “soft power” becomes a political stake, and where analysis, causes and effects, actors and vectors, scales and contexts, theoretical and empirical dimensions are not distinguished. This workshop project intends to answer the need for a redefinition of the concept of “soft power” and its value as an analytical concept. It will also be an opportunity to characterize the different types and modalities of Turkey’s influence, which could lead to the production of new conceptual tools, more adapted to Turkey’s current situation.

This workshop aims at raising several questions: To what extent is the concept of “soft power” adequate to characterize Turkey’s influence and its weaknesses both on the international stage and towards its neighboring countries? Reciprocally, how can the analysis of the different patterns of Turkey’s influence help us question the concept of “soft power”, and to come up with other notions?In the framework of this workshop, we will propose to explore the influence of Turkey through several axes (which are not exhaustive):The discourse of soft power within Turkish diplomacy and para-diplomacy;
State institutions promoting Turkey’s influence abroad;
The role of private actors and civil society in Turkish influence abroad;
The territorial logics of Turkish soft power: the role of infranational and supranational entities;
The economic dimension of Turkish “soft power”;
Various instruments of Turkish “soft power”: education, culture, media...;
Religion in Turkish foreign policy;
Regional and domestic limits of Turkey’s “softpower”

Conférence
01:09:01
Favoris
Turkish sport diplomacy as a tool for a renewed power ? Success and limits to Turkish “soft power" 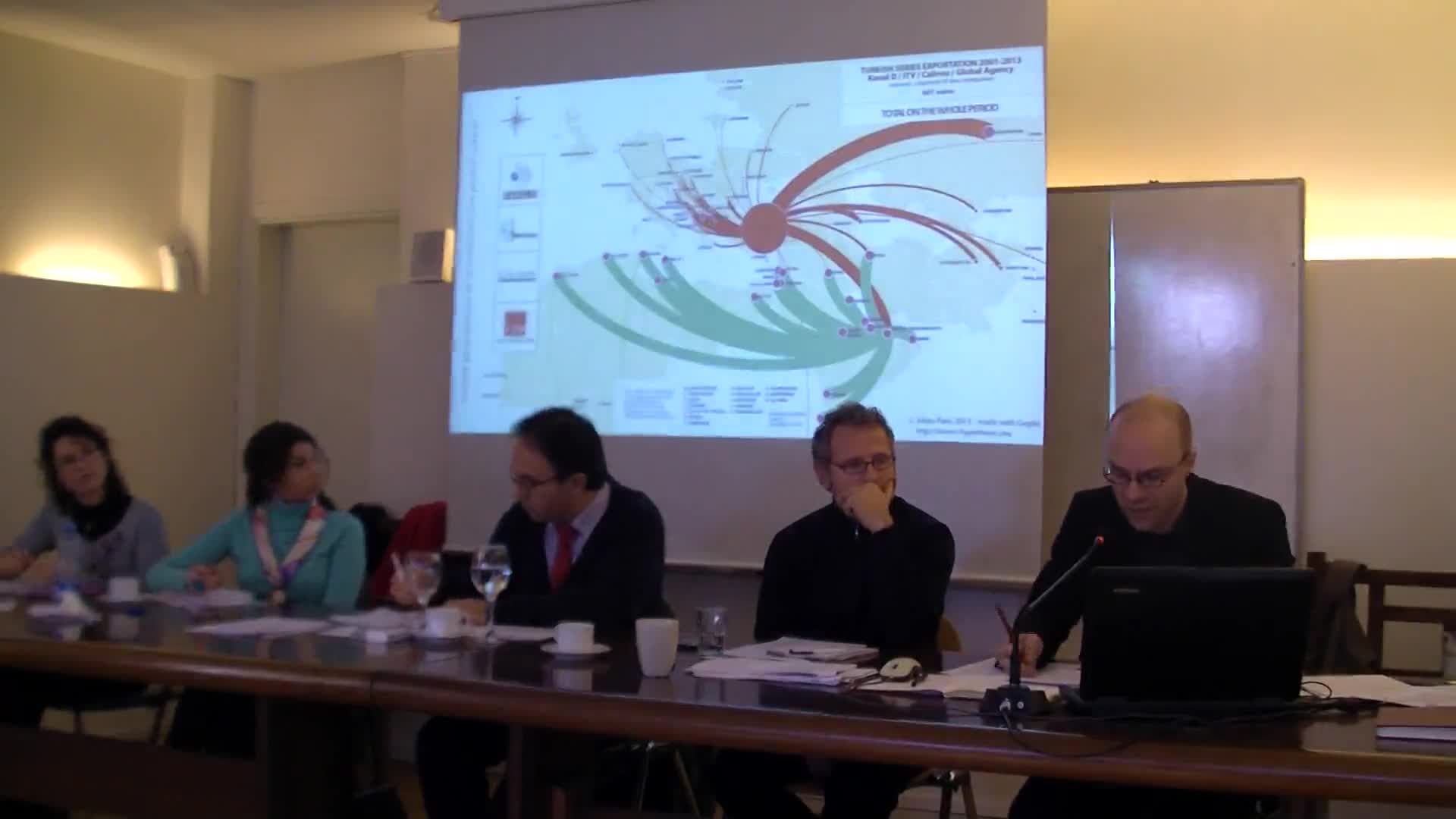 Through the example of Turkish series production and their international diffusion this paper aims to question the use and limits of the concept of soft power, and more precisely the role given to 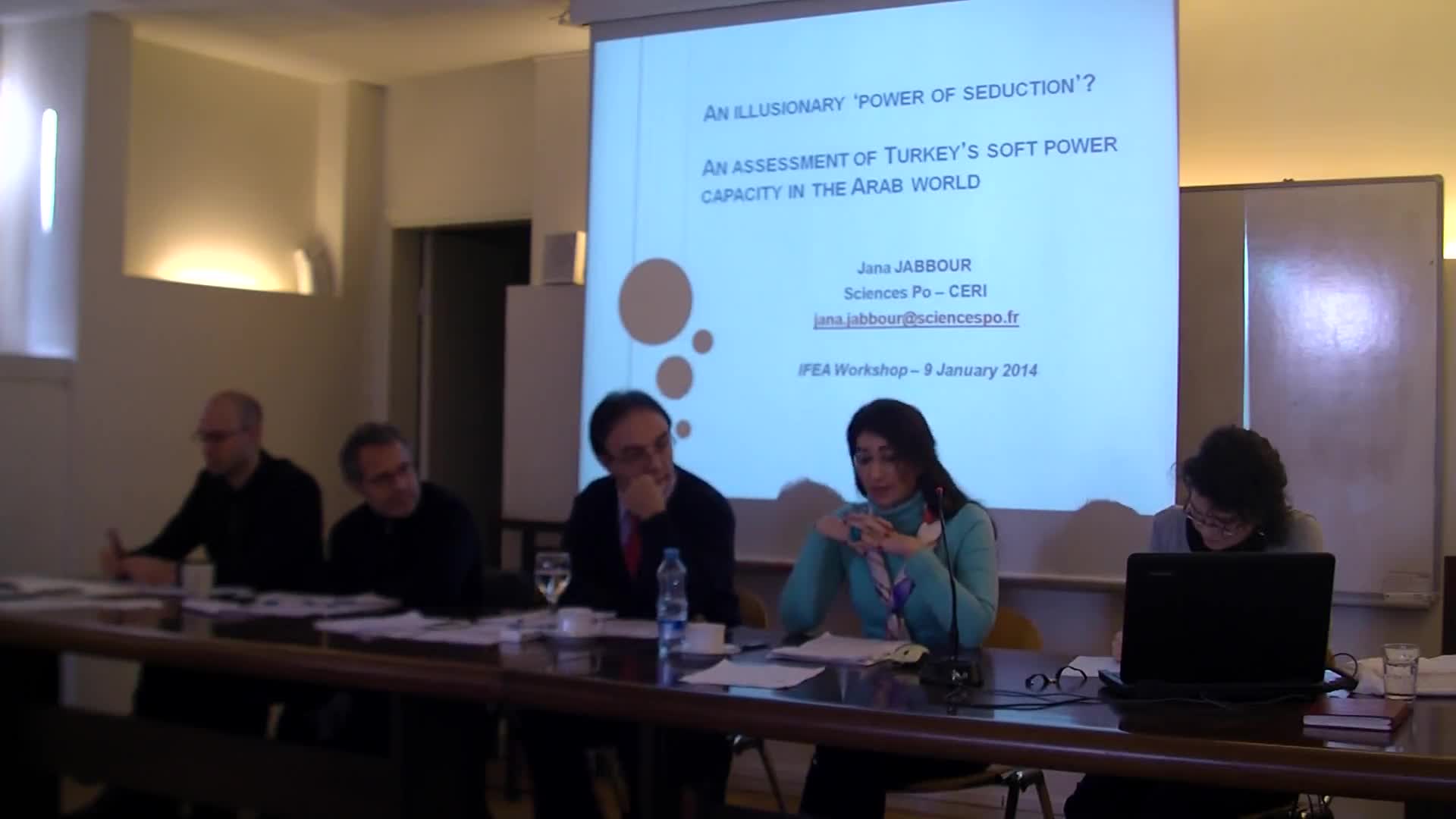 Conférence
00:35:00
Favoris
An illusionary ‘power of seduction’: an assessment of Turkey’s soft power capacity in the Arab World 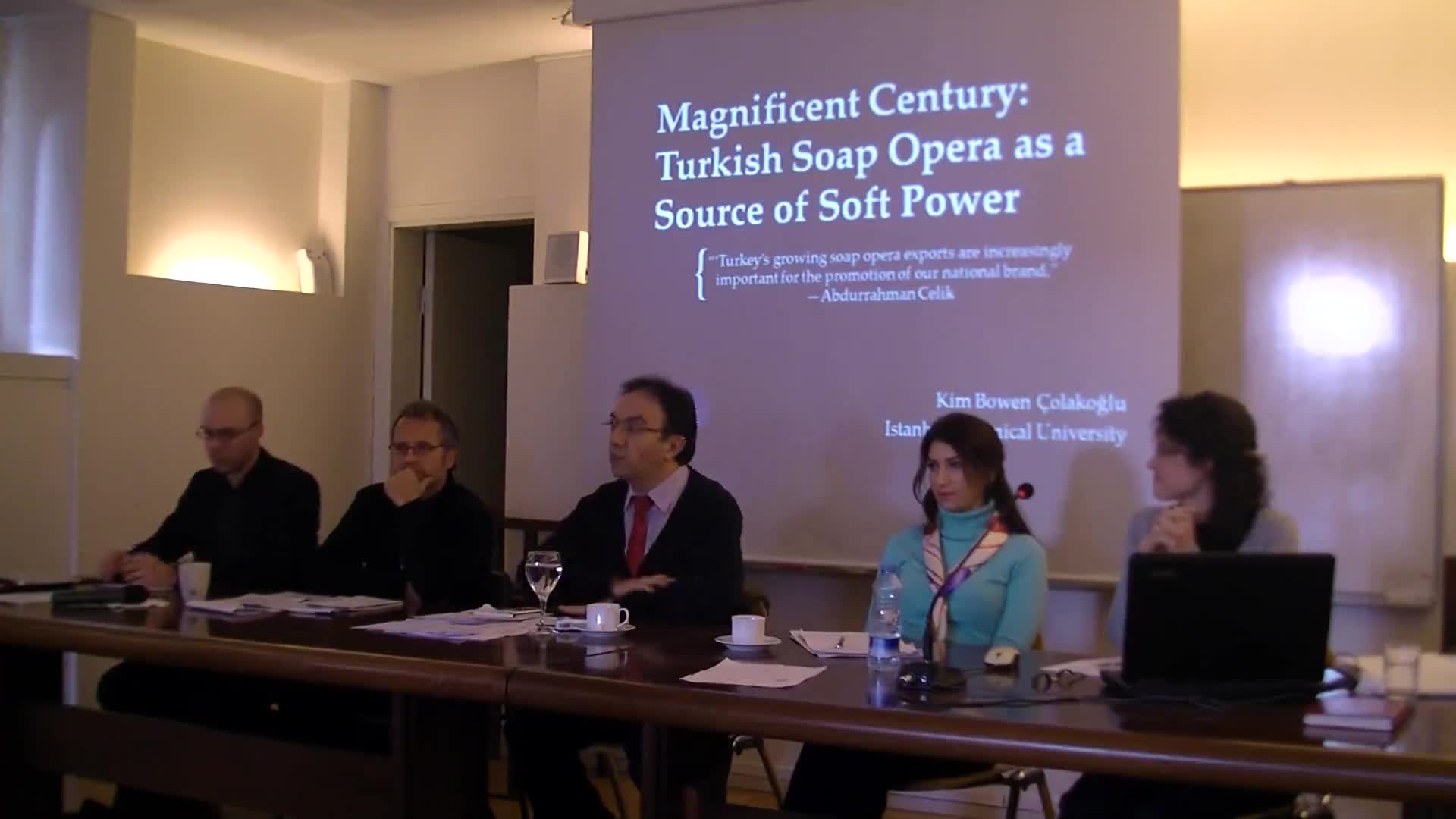 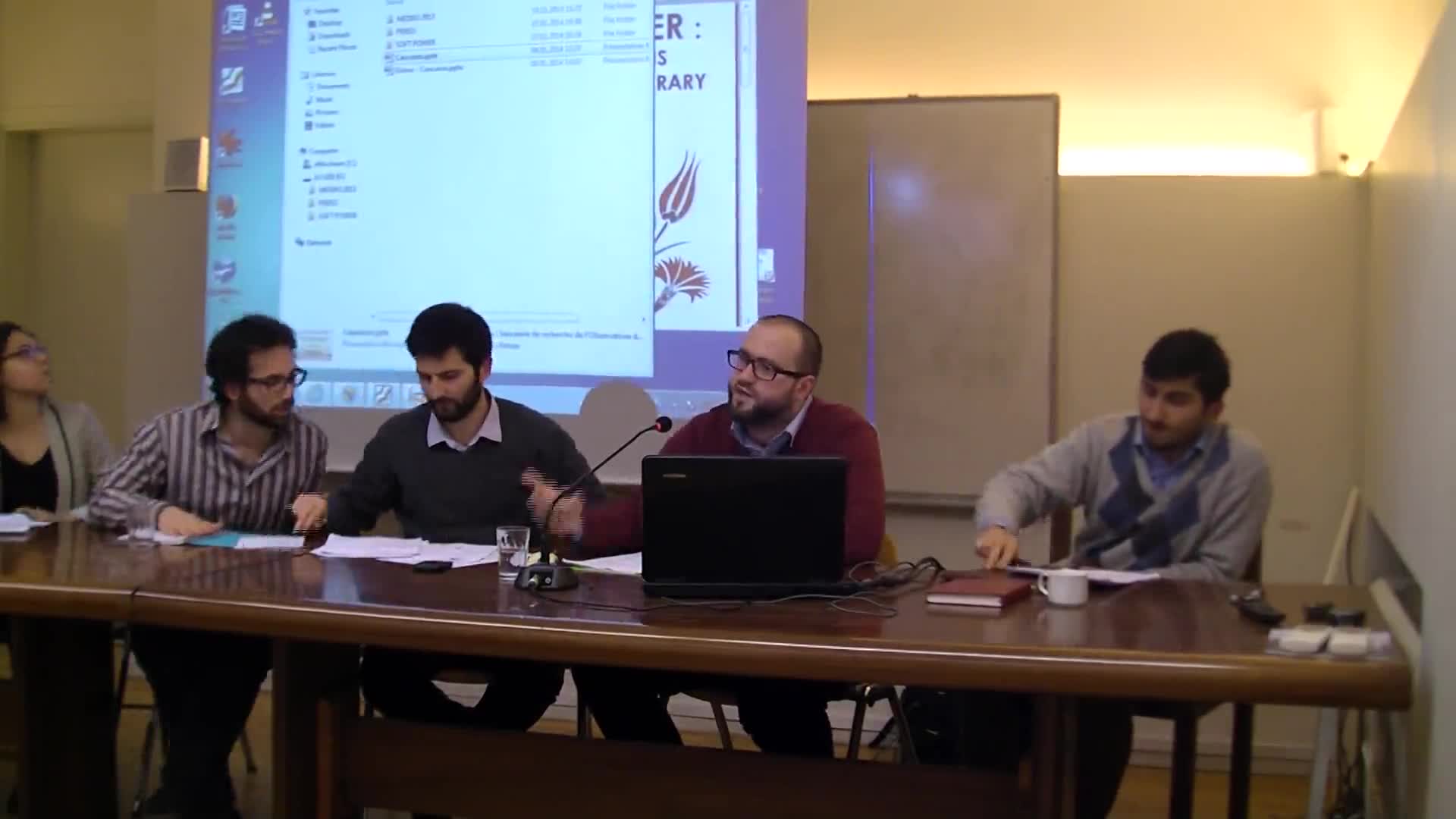 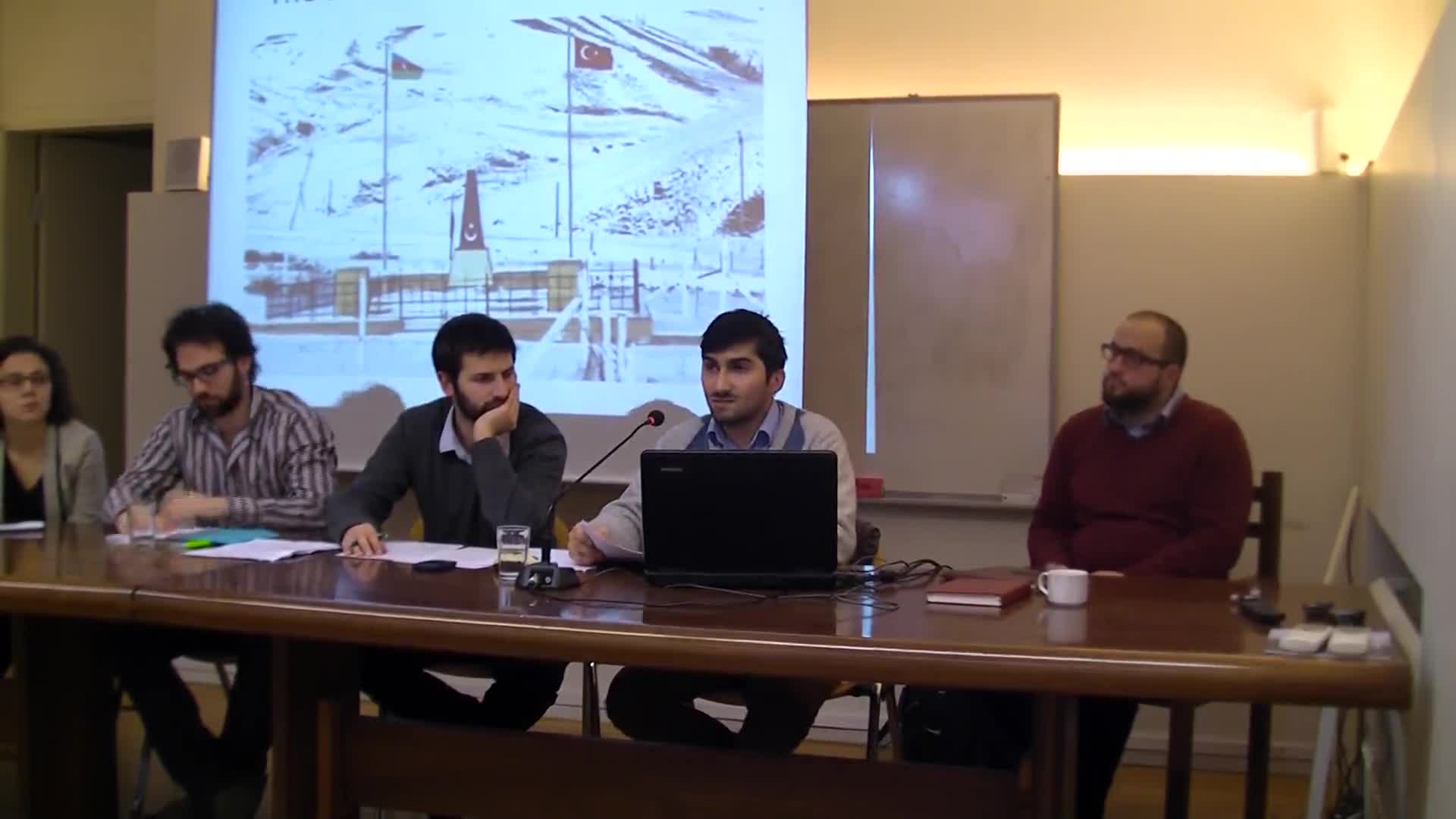 Conférence
00:17:04
Favoris
Major assets for Turkish diplomacy in the Caucasus and question of the "background 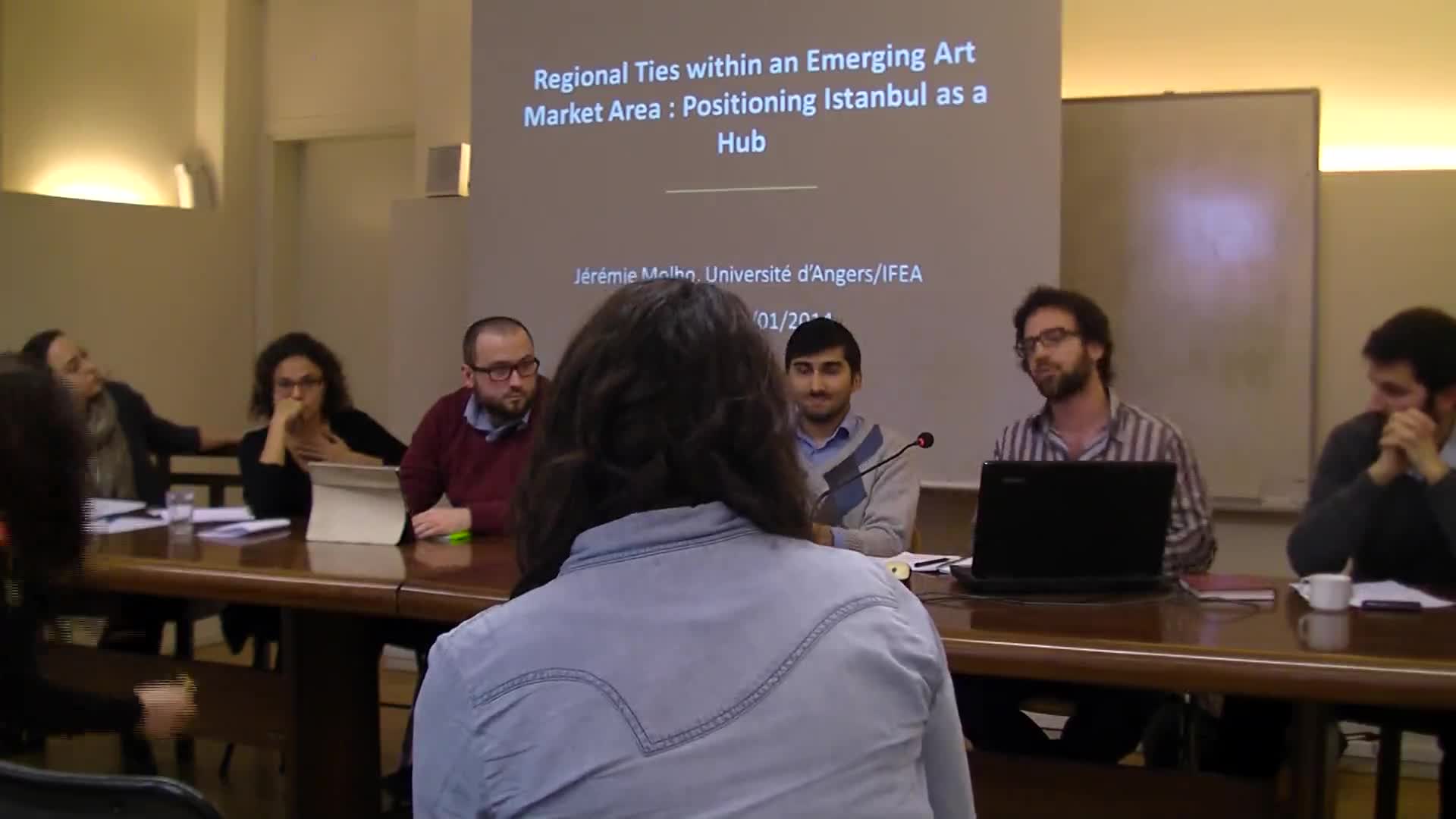 <p style="text-align: justify;">The objective of this paper is to analyze Istanbul art world’s recent positioning as a point of attraction for neighboring countries’ art scenes, in the 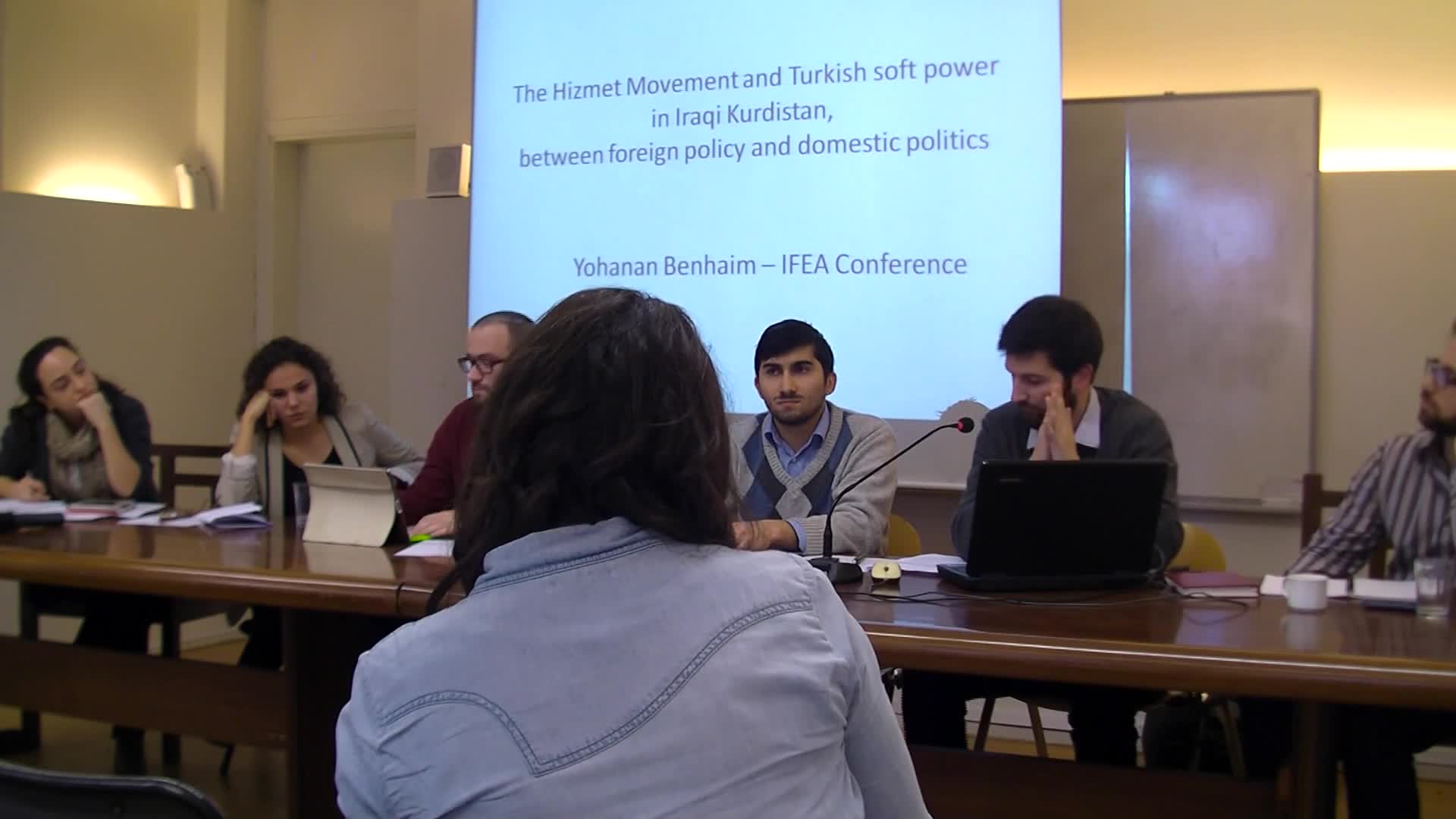 Conférence
00:24:35
Favoris
The Hizmet Movement as a softpower tool in the Kurdistan Region of Iraq: between foreign policy an… 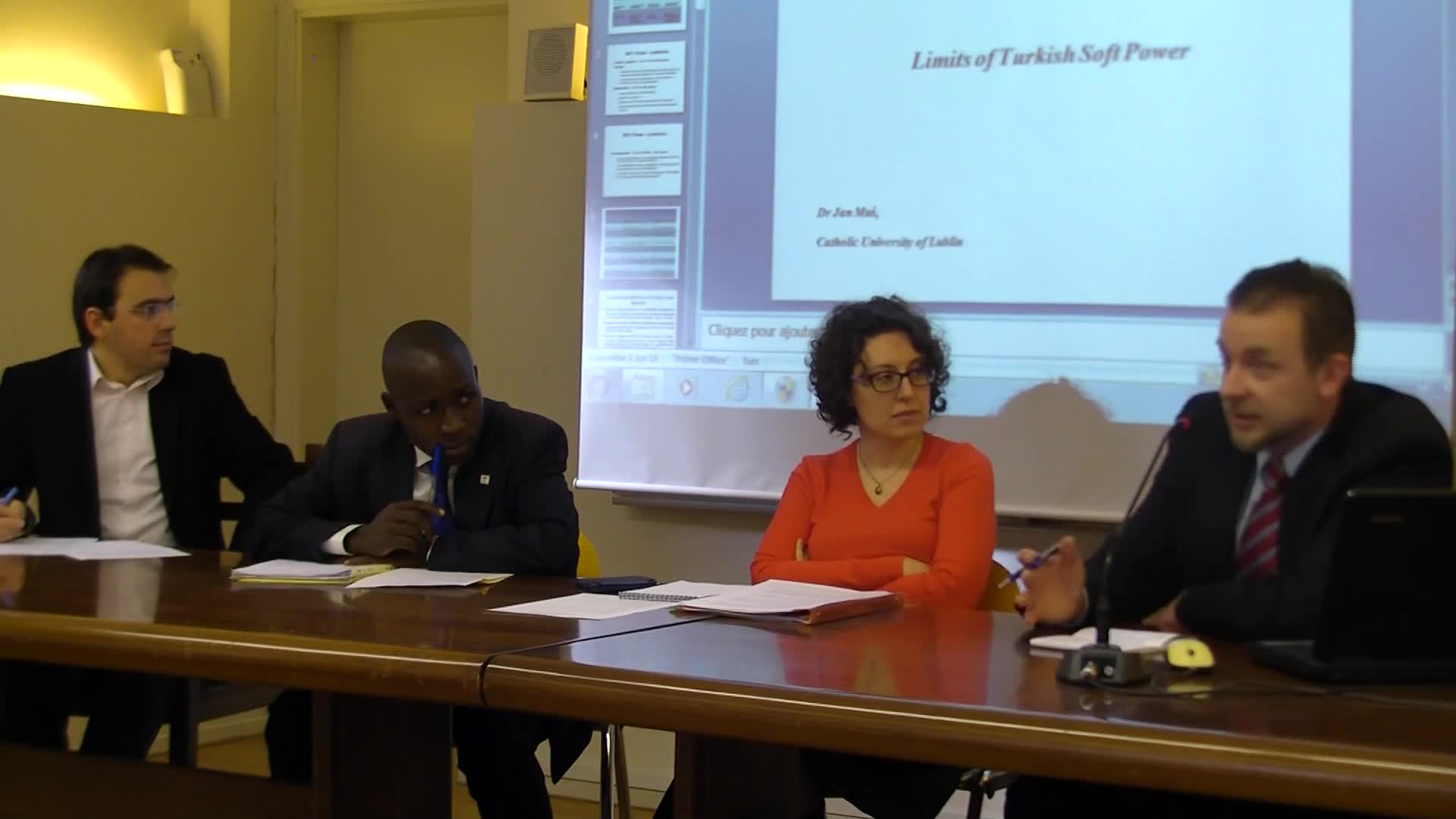 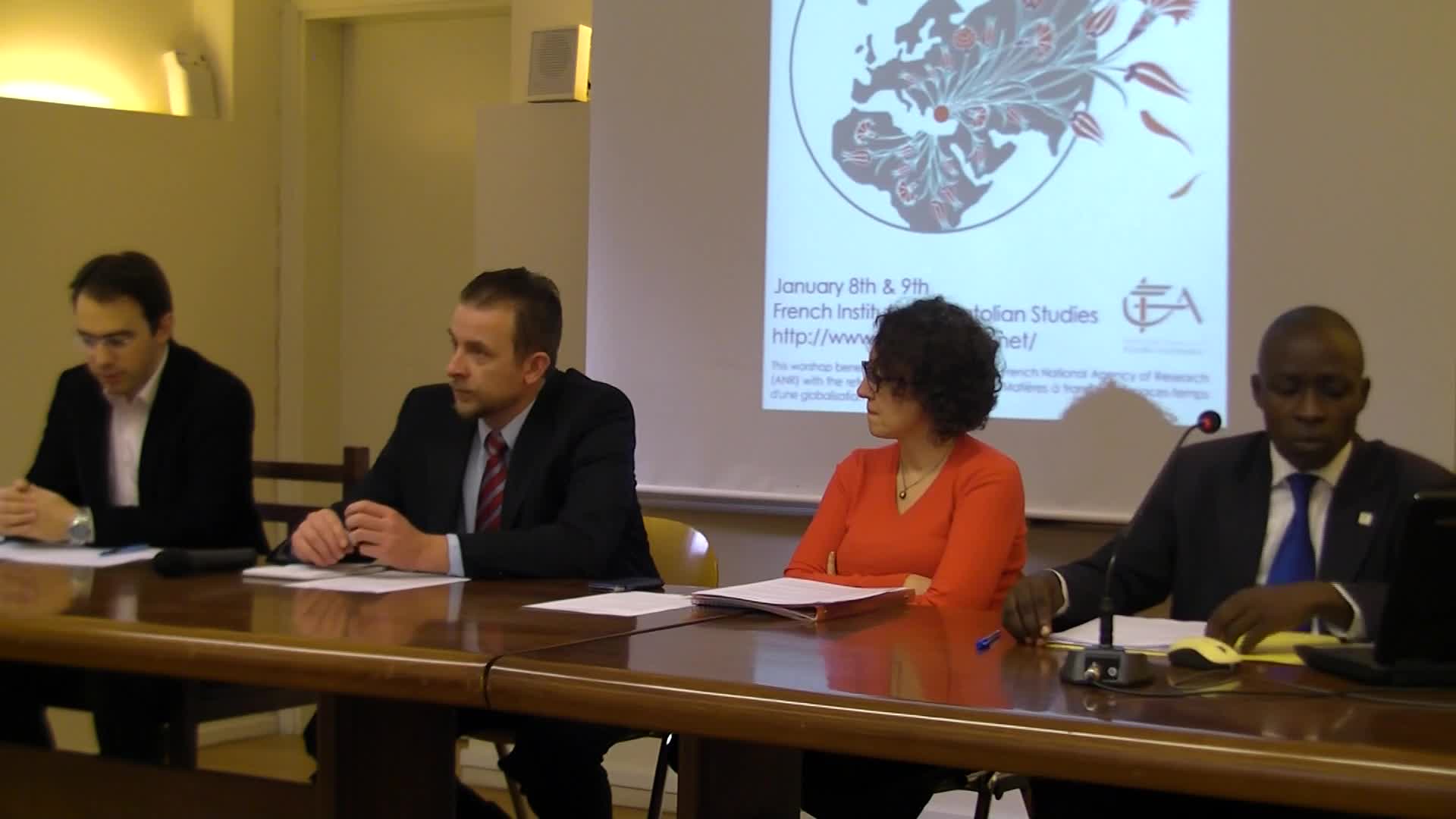