Addressing Readers: The Pragmatics of Communication from the First Printed Novels in English to 21st-Century Digital Fiction 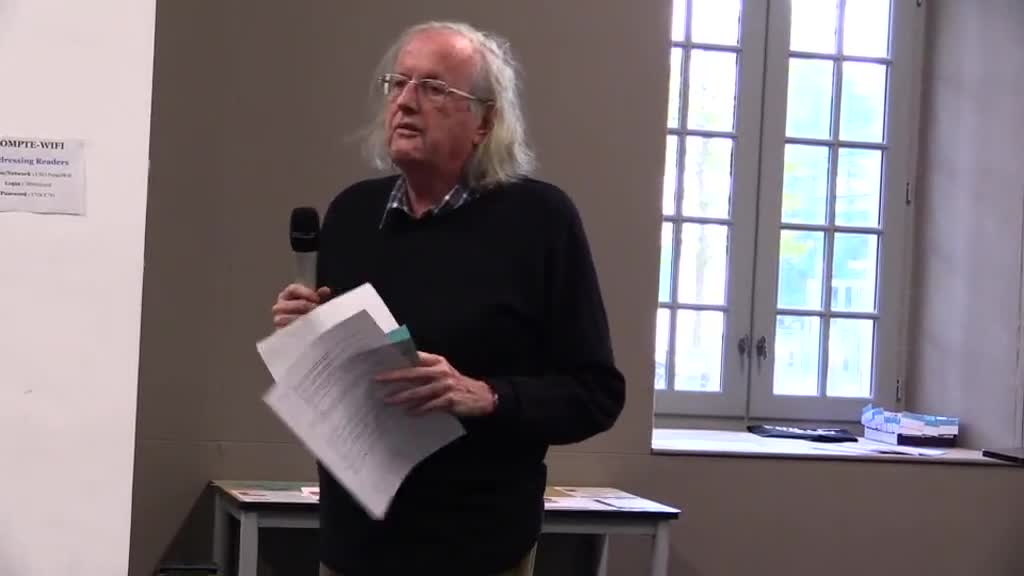 This conference intends to focus on the specific relationship
authors and/or narrators entertain with their readers in fictional works from
the first novels written in English in the 18th century to 21st-century
digital fictions. It is predicated on the idea that fiction is a form of
communicative act in the vein of Roger Sell’s works in literary pragmatics
(Sell 1991, 2000, 2011) or James Phelan’s (2011: 56, 2017) conception of
literature as a “communicative event,” that is “a rhetorical action in which an
author addresses an audience for some purpose(s).”

The first English ‘novel’ forms of the 18th
century seem to have adopted the conversational mode, with recurrent direct
addresses to the readers, meant to lead them through the narrative, to convince
them of the (in)authenticity of the stories or to coax them into sharing the
authors’/ narrators’ ethical judgment. 19th-century novels still
feature many instances of intervening narrators directly addressing the reader,
Brontë’s Jane Eyre’s cue “Reader, I married him” being the most famous of the
narrator’s felt necessity to confide in the reader at key points of the novel.
But as Warhol (1989) indicates, other British and American woman writers (such
as Elizabeth Gaskell, Harriet Beecher Stowe, or George Eliot) longed to engage
their readers’ sympathy for the cause of American slaves, working-class poor in
Manchester, or middle-class rural folk in England, directly urging them to
identify with the real-life characters they were describing. The attempt at
persuading can go the other way round with readers trying to deter the authors
of serial narratives (such as Dickens or Thackeray) from killing a character
for instance (sparing little Nell is a famous plea addressed to the author of The Old Curiosity Shop). In the 20th
century, the conversational mode with the reader for whom the piece of work is
designed seems to have been dropped, or at least to have persisted in much more
concealed ways, as modernist works do not much feature intrusive narrators
guiding readers through the narratives.

The primary research questions this conference aims to
tackle are the following: is what appears as a progressive disappearance of the
explicit communicative framework a reality from the 18th to the 20th
century in fiction (written in English)? If so, how to account for the phenomenon?
Are there aesthetic and stylistic reasons? Different tastes and approaches to
the novel? Have the more and more sophisticated techniques of thought
(re)presentation that have been used to reflect characters’ deeply intimate
thoughts in (post)modernist fiction for instance, inevitably eclipsed the need
to communicate with the reader through a direct channel? Has the reader been at
some point (like the author) “refined out of existence” to favour immersion in
the story-world and to bring language and/or characters to the front scene?
Yet, even in the most language-oriented novel, addresses to the reader are not
absent: in Finnegans Wake, Joyce
seems to have been keen on leaving the channel of communication open with his
readers (Cahalan 1995). Is, as Warhol (1986) intimates, the disapproved
“sentimentalism” of the 19th-century “engaging” (rather than
“distancing” narrator responsible for its disappearance in literature? Or does
it simply reflect one specific historical and ideological moment, direct address
in fiction being then the only public forum possible for women to speak “directly,
personally, and influentially”?

However, from the 1970s onwards,
addressed fiction of old seems to have re-emerged under the guise of
second-person narratives (Fludernik 1993, 1994) that make the situation of
address “insistent” again. This morphologically explicit address (“you”) seems
to become even more “reader-engaging” in 20th- and 21st-century
digital fiction that requires some form of participation from the readers (through
clicking on hyperlinks or direct input) if they want the story to go on at all
(Bell 2014, 2016, Bell & Ensslin 2011, Bell et al, 2010, 2014). Examining
second-person addresses in digital fiction may then shed a new light on the
type of participation hoped for or required by direct addresses in earlier
print fiction. Do print fiction and digital fiction use direct addresses in
radically different ways? Do direct addresses in digital fiction signal to the 21st-century
reader, already attuned to the many potentialities of digital material, that
s/he can have an active role in co-constructing the story or exploiting the
glitches of the digital narrative (Angello 2016) or is this type of reader
participation only superficially active?

In both print and digital fictions, the reference of this
“you” is purposefully confused and confusing (see Bell & Ensslin 2011,
Clarkson 2005; DelConte 2003; Gibbons & Macrae 2018;
Fludernik 1993, 1994, 1996; Hantzis 1988; Herman 1994; Hopkins & Perkins
1981; Kacandes 1993; Margolin 1986, 1990; Morrissette 1965; Prince 1985, 1987;
Richardson 1991, 2006; Sorlin 2014, 2015, 2017) – a far cry from the clear-cut I/you
dyad relationship of Henry Fielding’s novels for instance. But can’t we see in the
emerging narrative form of “Twitterfiction” (Thomas 2014) for instance a return to a closer
writer/reader relationship in the passionate manner of Victorian times, with
the 21st-century digital reader becoming an active and indispensable
participant in the writing/reading process? Yet, tweeting does allow for
immediate replies to the author to a stronger, faster degree, thereby
destabilising the author-reader power relationship to an unprecedented level.

These new trends in both print and digital fiction have
called for new narratological models of analysis to account for this specific
place allotted to addressees in fiction (Fludernik’s “homo- and
heterocommunicative” categories in lieu of Genette’s homodiegetic and
heterodiegetic narratives for instance or DelConte’s 2003 focus on who is
listening rather than who is speaking or seeing have been instrumental in this
perspective). Yet, reader-centered theories seem to have sometimes lost sight
of the other partner in the communication process, the author and/or narrator.
Although authorship/narratorship seems more “diffuse” in odd-pronominal
narratives (especially first-person plural novels) or in cybernarration, the
relationship should be thought as a joint process. In this respect, fictional
interactions could be pragmatically analysed (from the more traditional to the
more recent pragmatic trends, namely (im)politeness theories based on face-work
in interactions for instance). Few studies have indeed convened (im)politeness
to account for communication in fiction (Jucker 2016, Kizelbach 2014, 2017,
McIntyre & Bousfield 2017, Simpson 1989 being exceptions) even though the
author/narrator does use different speech acts to court the reader, to confide
in him/her and establish an intimate bond with him/her or, on the
other hand, to castigate or tease him/her (think of John Barth’s famous address
in Lost in the Funhouse (1968): “The
reader! You, dogged, uninsultable, print-oriented bastard, it’s you I’m
addressing, who else, from inside this monstrous fiction”), which implies
specific conception, consideration and negotiation of face needs and wants in
the communication framework at stake in a particular fiction.

Conférence
00:48:37
Favoris
Roger Sell (Åbo Akademi University, Turku Finland), "You, Me, and Dickens, Plus Lots of Others: The… 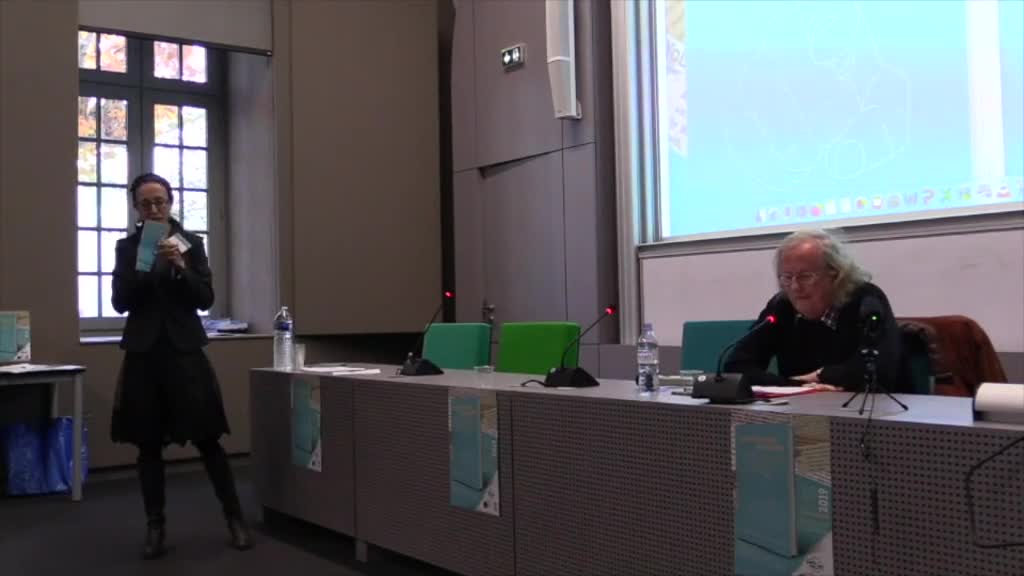 The paper starts with three incipits (two famous ones, the third not so). First, it attempts to revive the old metaphor of the text as a journey along a path, and then proceeds to analyse them in