Evidentiality And Modality: At The Crossroads Of Grammar And Lexicon 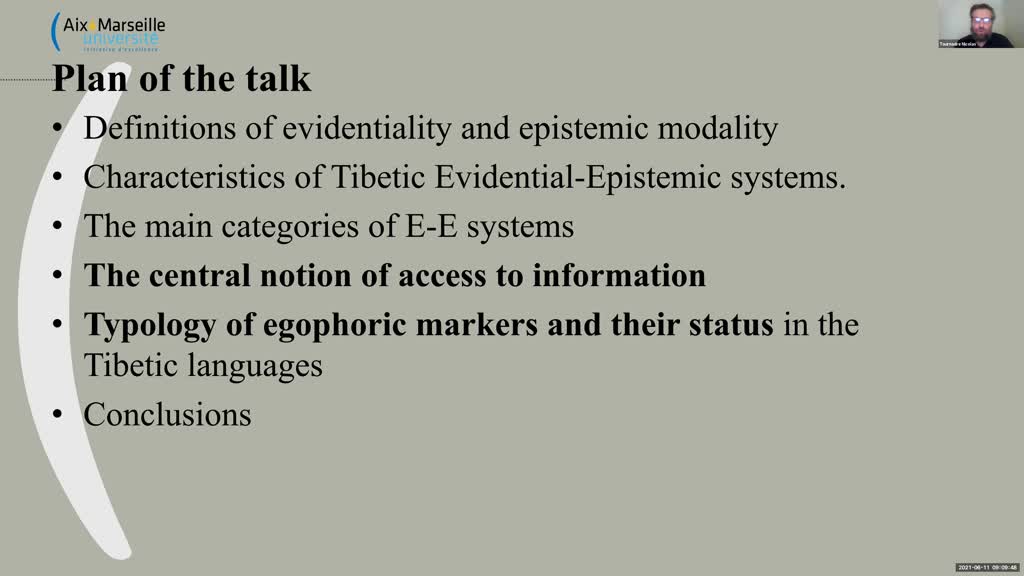 The number of publications on evidentiality has seen
an exponential rise since Aikhenvald’s monograph in 2004, and the term of
evidentiality has been slowly making its way into grammar textbooks. Its
relationship with the notion of epistemic modality is complex and still under
discussion (Cornillie 2007, Boye 2010, Tournadre 2016, Guentchéva, ed., 2018).
Some consider that the two notions are clearly separated: Aikhenvald (2004), de
Haan (1999) and Nuyts (2001). Others posit that epistemic modality is a
sub-category of evidentiality: Papafragou (2000), Ifantidou (2001), even though
earlier work described epistemic modality as a supercategory encompassing
evidentiality: Anderson (1986), Palmer (1986) and Willett (1988) inter alia. Several
authors have also revealed how evidentiality interacts with other central
grammatical domains, such as tense, aspect, person and polarity, but a thorough
description of these ramifications needs more cross-linguistic investigation.

According to Aikhenvald, evidentiality is first and
foremost a grammatical category that can be found in some of the world’s
languages, whereas other researchers consider evidentiality a universal
semantic or pragmatic concept (Boye & Harder 2009, Cornillie, Arrese &
Wiemer 2015 inter
alia). There is no denying that some languages have a
distinctly more grammaticalized evidential system than others, but the research
on grammaticalization has also established that drawing a line between what is
grammatical and what is lexical in a language depends on several criteria that
are open to discussion. Grammaticalisation theory has shed light on the
non-discreteness and non-binarity of the grammar/lexicon distinction, and on
the fact that languages around the world tend to develop grammatical forms from
lexical sources which gradually travel comparable paths (Heine & Kuteva
2002 inter alia). More crosslinguistic research is necessary in order to place
the evidential and modal markers of the world’s languages on the
lexicon-grammar continuum, and therefore reveal the recurrent patterns that can
be observed in languages with emerging evidential systems.

The objectives of this international conferences are
to:

-bring together a large sample of languages, either
featuring a fully grammatical evidential system or not

-explore the lexicon-grammar continuum through typological,
acquisitional and diachronic studies on evidential markers

After having discussed some definitions of evidentiality and epistemic modality, I will concentrate upon the main characteristics of the Tibetic Evidential-Epistemic systems, which are among the 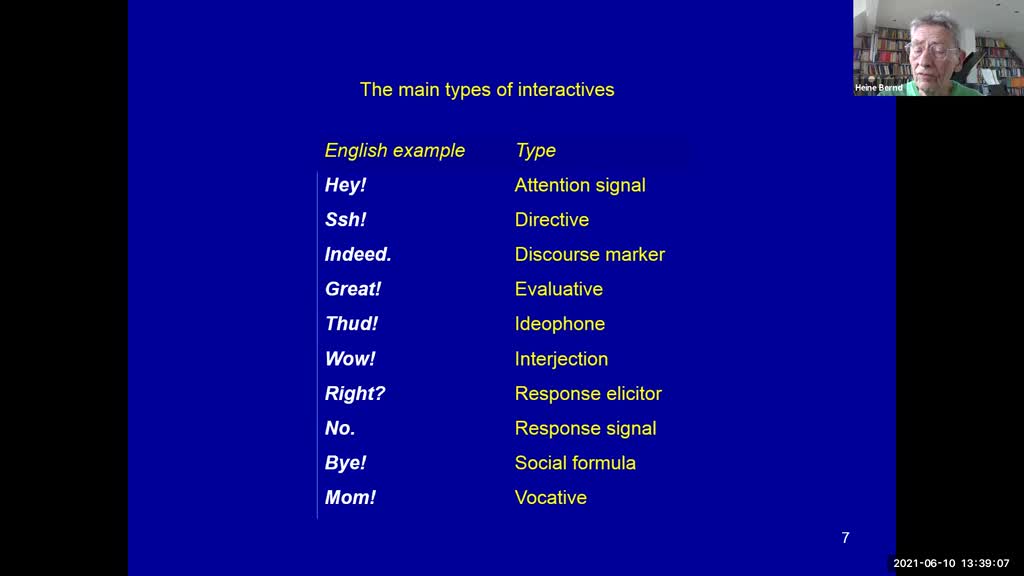 Most work on grammatical analysis has focused on the structure of clauses and sentences organized in a propositional format. Work on discourse processing and the organization of texts suggests, 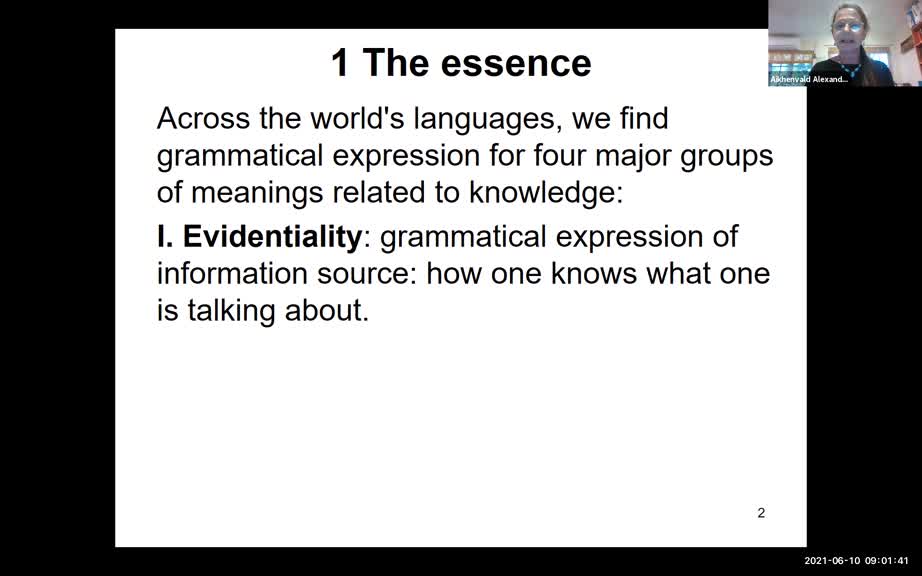 Knowledge can be expressed in language using a plethora of grammatical means. Four major groups of meanings related to knowledge are Evidentiality: grammatical expression of information source; 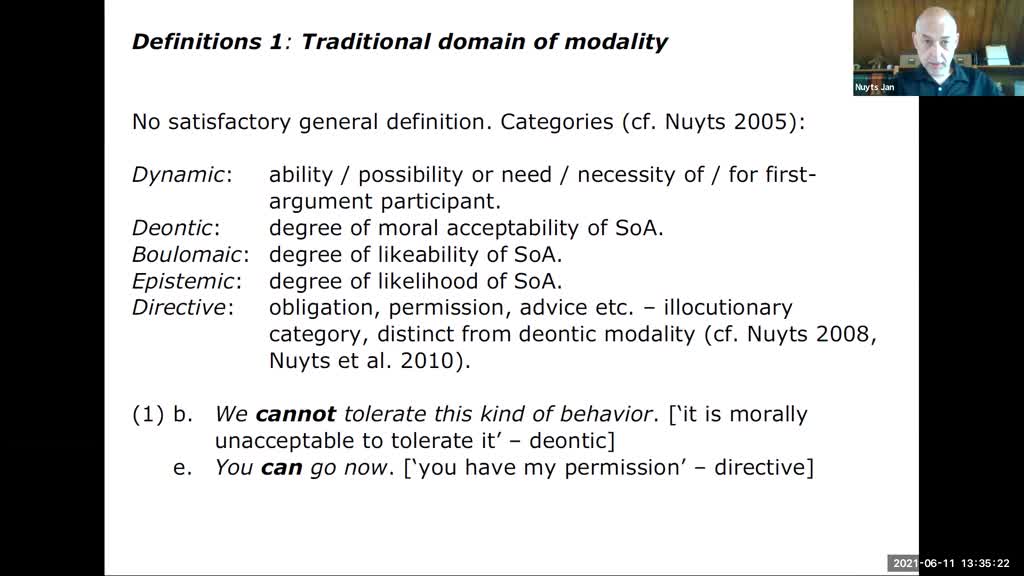 Conférence
00:59:39
Favoris
Jan Nuyts (University of Antwerp), On the relations between evidentiality and modality

This talk focuses on whether or not the domains of evidentiality and modality relate, and if so, how they relate. The literature does not give a simple answer to this question, mainly because